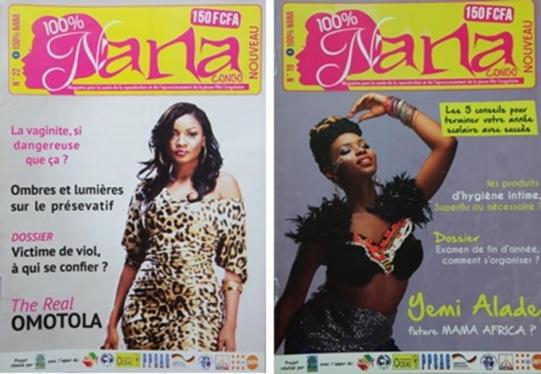 The magazine “100% Nana” (100% Girls), developed by project teams and partner agencies of the KfW-funded and EPOS-implemented Project for the Prevention of HIV-AIDS in Central Africa (PPSAC), has been a successful means of raising HIV education and awareness and promoting the use of condoms in the Democratic Republic of Congo (DR Congo) over the past several years.

With a monthly distribution run 36,000 copies, the highly read magazine targets 15 to 24-year-old women and treats taboo subjects, such as sexually-transmitted diseases,  women's health and unplanned pregnancies, that girls could find difficult to talk about openly with their mothers or peer group.

The magazine is one initiative of the PPSAC project’s overall approach to behaviour change communications aimed at strengthening the regional approach to combat HIV/AIDS and sexually transmitted infections. Illnesses caused by HIV are the most common cause of death among girls and women of childbearing age in Africa, and "100% Nana" is an important vehicle to disseminating information that enables girls to protect themselves and make informed decisions about their health.