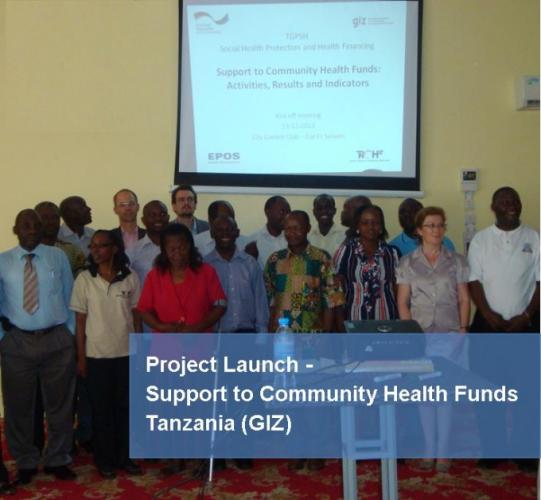 In December 2013, EPOS was awarded the contract to Support Community Health Funds in Tanzania, which falls under the umbrella of the Tanzanian German Program to Support Health and its Health Financing and Social Health Protection intervention area. The project will run until February 2016 and will be implemented in two pilot regions: Lindi and Mtwara (southeast Tanzania).

The major aim of the project is to increase health services coverage for the rural population through developing and operationalising the community health funds (CHF) insurance system. The assignment will be implemented across four service packages:

"Via this GIZ funded project, EPOS Health Management helps the Government of Tanzania to design an improved CHF and to move towards a universal health coverage adapted to the Tanzanian context," according to project team leader Josselin Guillebert.

EPOS’ support in project implementation will be two-fold - support the strengthening of the Council Health Management Teams and DMOs in establishing comprehensive administration and management CHF systems; and work to increase CHF enrolment among the population. To achieve this, EPOS plans to mobilise community based health workers (CBHWs) as CHF promoters.

"This project intends to bring together all actors on CHF as they put forth efforts to improve the health status of men and women whose lives depend on the informal sector's activities," according to Paul Gogo, National Long Term expert. "With this project, CHF will be the good source of funds for the health sector in supported districts."

EPOS will assist the districts to define roles and responsibilities related to the CHF, as well as the roles of the CHF in relation with service providers and members. The major functions of good governance will be explained and operationalized (i.e. training on roles and responsibilities to assure good governance will be organised for counterpart employees).

Together with identified local training institutions (Institute of Finance Management, Mzumba University Public Administration School and Ayatsea Leadership Institute), the team will conduct an assessment of the skills and knowledge of the district medical offices staff, staff of RHMT and CHMTs, and will provide training.

In addition to formal training, EPOS will provide support in developing Standard Operating Procedures (SOP) and tools to support CHF operations. This will focus on the CHF’s accountability towards its members on the premiums received, accumulated funds, claims management as well as complaint management.

A project inception workshop with the participation of the major stakeholders at national and regional level was organised on December 13, 2013 in Dar es Sallam. Subsequent workshops in each pilot region have been organised in January 2014. The team work closely and under the leadership of the GIZ TGPSH team in Dar es Salaam.