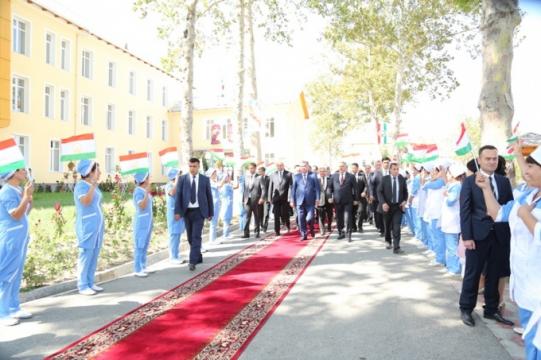 Official handover ceremonies for the regional tuberculosis (TB) hospital in Digmoj, Sugd oblast, took place at the end of September.

With funding from the German Government through the German Development Bank KfW and the Tuberculosis Control Programme Phase IV, the regional TB hospital in Digmoj, Sugh oblast was officially handed over by the Tajik President, Mr Emomalii Rahmon. The ceremony was held at Digmoj hospital with officials from the Government, Local Government, Ministry of Health and the hospital administration.

EPOS assisted the Ministry of Health of the Republic of Tajikistan in the rehabilitation and partial equipping of the hospital.