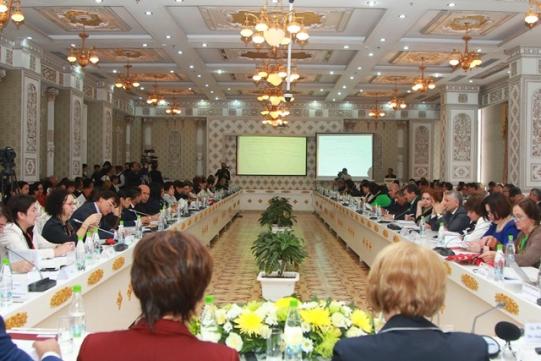 An international conference on Mother and Child Health Care was held in Dushanbe, Tajikistan, on 14 October 2014, bringing together more than 150 health experts and international aid representatives and resulting in an increased awareness of the significance of and need for a functioning national referral system.

During a pre-conference day, participants were invited to actively partake in master classes held by international experts, addressing topics of ultrasound diagnostics, interpretation of CTG diagnostics, and neonatal surgery. During the conference, topics centred around organisational aspects of mother and child health care, the improvement of maternity and neonatal health care quality, perinatal care, referral system and prenatal diagnostics. These topics were discussed in plenary sessions in the morning, and addressed in more detail in four workings groups in the afternoon with the valuable input of highly specialised experts.